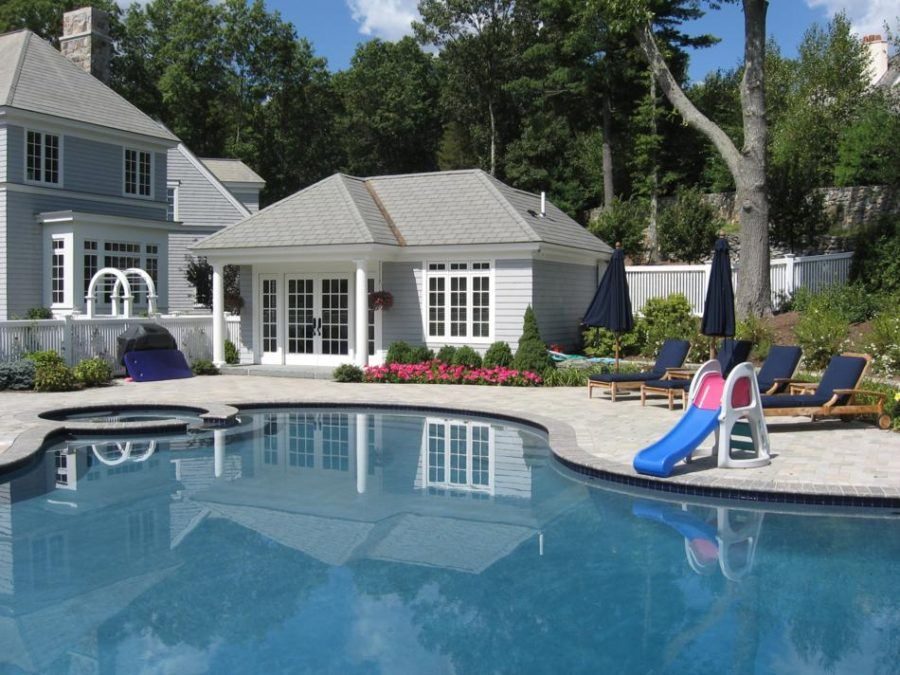 Chlorine vs. Saltwater: Which Pool System is best for you?

Chlorine vs. Saltwater: Which Pool System is best for you? 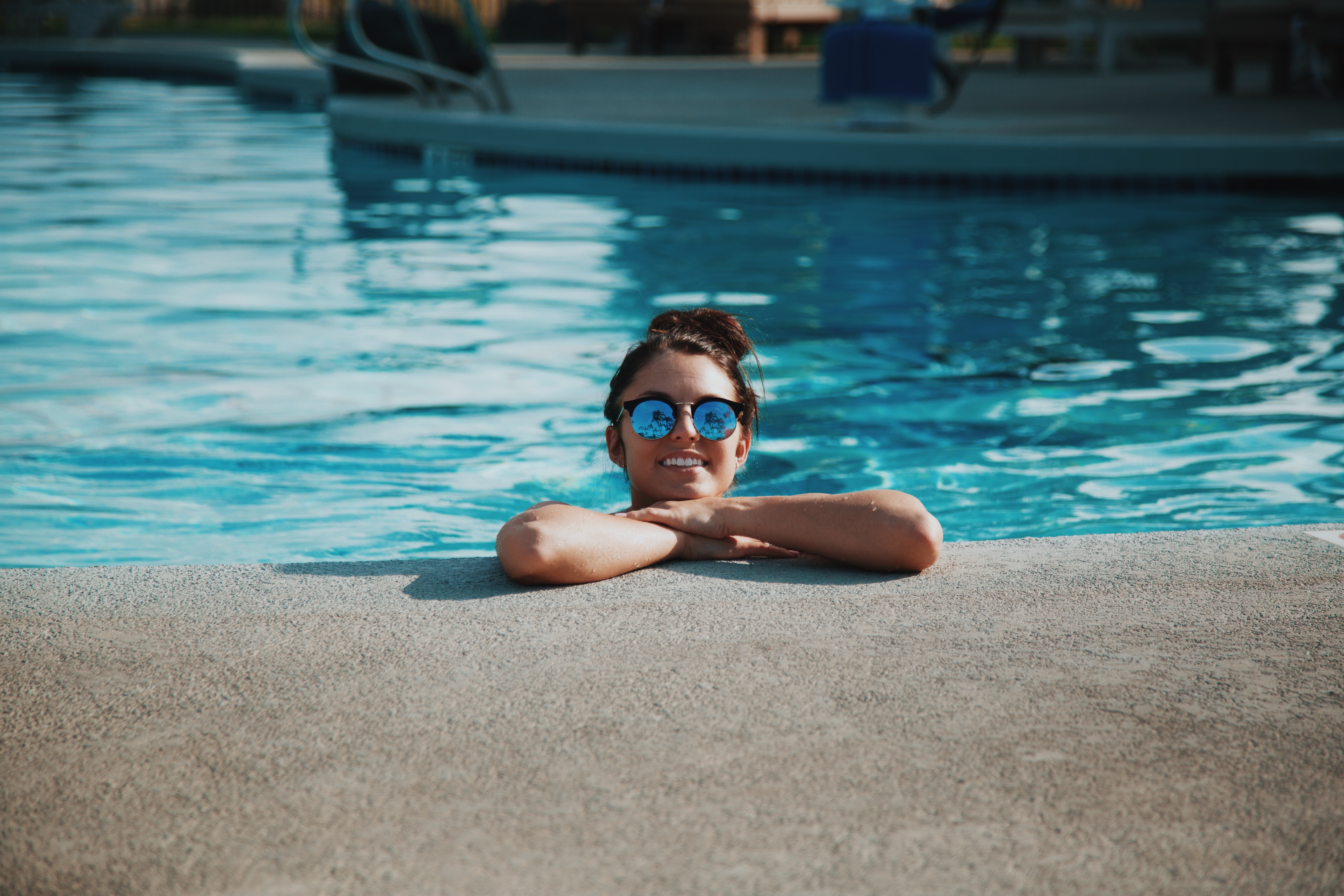 Since the dawn of time...

Swimming pools have been a decadent luxury. The first pool ever recorded was in 2600 BC, called The Great Baths of Mohenjo-Daro. Back in 2600 BC they typically used natural sulphuric springs to sanitize their water, which left quite an… interesting smell. Thankfully, through many years we have created a much more efficient and hygienic way to maintain our pools. Thus, the introduction of chlorine. Chlorine has been used in swimming pools since 1910 and was first put into a collegiate swimming pool by a graduate student at Brown University. But lately, homeowners have been switching to a new type of filtration, Saltwater.

What is chlorine? How does it work?

Chlorine has been the traditional standard for pool systems. Why? Because it's been the easiest way to kill bacteria. Chlorine, at low levels, is completely harmless and can even be found in drinking water. Chlorine simply kills bacteria.

In our current post-pandemic world, the price of everything is rising, including the price of chlorine. Chlorine keeps your pool clean by breaking down cells in bacteria and rendering them innocuous. Setting up a chlorine system is one of the cheapest ways to set up a pool system but from season to season it becomes the most expensive – especially with rising prices. If you let your chlorine levels drop, or even the pool turn green the cost can increase exponentially. Some homeowners prefer spreading their pool costs out over time, as opposed to the more expensive to install but cheaper to run salt system.

Chlorine systems work by adding chlorine at a regularly scheduled time through three different medium forms, chlorine tablets, granulated chlorine (shock), and liquid chlorine(diluted shock). The tablets dissolve slowly and provide chlorine over time to provide a regular chlorine level in the pool. This method keeps it from spiking or valleying as when you add a new tablet your level is typically at the same level you added a tablet last time. This method allows you to only have to shock your pool following a pool party with low chlorine levels.

Granular Chlorine is a little harder to use compared to others. To use, granular chlorine will need to be put in a bucket of water, dissolved, and then poured around the perimeter of the pool; preferably over the return jets. This causes chlorine levels to spike and over time will valley, and then you shock it again when it gets low. When using this method alone, the pool continually spikes and valleys. At these valleys, the pool is prone to turning green, or clouding up; both of these are instances of bacteria build-up. It requires you to react to the pool's levels rather than add chemicals at the same time intervals. It is also difficult to judge how to react to a pool because the pool levels don't always drop exactly the same, extra swimmers, rain, or just extra hot days can use up chlorine faster. Most commonly, granular chlorine is used with tablets, so that smaller amounts of granular are added, and a little less often. Usually, just to “shock” the pool, and kill bacteria that have started to build an immunity to the constant level of chlorine that tablets can provide. This method is very reactionary as you're reacting to what the pool is doing.

Liquid Chlorine is the same as Granular Chlorine but has been pre-diluted. This is the most expensive option but requires less work. When considering that you can purchase 8-16 weeks' worth of chlorine tablets as opposed to 1-2 weeks of liquid chlorine in the same size buckets, you can see how it adds up. Additionally, 1 gallon of liquid chlorine is comparable to 1 pound of granulated chlorine. When you compare 50 pounds of chlorine vs 50 gallons you can see how they would differ.

There are several benefits to using chlorine in your pool system. Among those are:

The largest benefit of chlorine is that the system is a low-cost investment on the front end and the chlorine is relatively inexpensive and easy to use. Additionally, the actual equipment maintenance is extremely minimal, and they’re the most widely used system so finding contractors, like Pool Rescue, is very easy and parts are readily available.

There are also several drawbacks to using a chlorine pool system:

On the other hand, Chlorine does have some drawbacks. Love it or hate it, chlorine pools have a strong smell. The nostalgic pool smell, the one you grew up smelling, is the chlorine decontaminating the pool of bacteria. This smell alone is enough for pool owners to leave chlorine for good, but the irritation on the eyes, skin, hair, and clothing also takes the chlorine out of the running for other owners. But the largest drawback of a chlorine system is that it does not self-regulate efficiently. The system requires a lot of maintenance as chlorine loses its effectiveness, especially in sunlight that saps the chemicals away. When chlorine is diluted in a pool it is safe, but storing pure chemicals can be hazardous if not handled properly. Pool owners looking for a cheaper long-term, less irritable, and stable solution are turning toward other options.

There are several benefits to using a saltwater pool system:

Saltwater is a popular alternative to chlorine for many pool owners, and no, a saltwater pool does not taste salty because it does not use a lot of salt at all. Secondly, a saltwater pool is not completely free from chlorine. The difference is that you add salt to the pool instead of chlorine, but this salt interacts with a salt cell that acts as a chlorine generator. Essentially creating your chlorine rather than purchasing it.

Even though a salt water system still has some chlorine the issues faced with a chlorine system are not problems with a salt system. Due to the nature of the salt system, the water is much softer and is gentler on you and your clothes. You will still check your chemical levels regularly but you will make fewer adjustments and see fewer peaks and valleys in your sanitation levels. Additionally, salt is cheap and recycles itself.

There are also several drawbacks to using a chlorine pool system:

While you and your clothes will be thankful for the new salt system your system will not. Saltwater is very corrosive and will over time eat away at the valuable metal components of your saltwater system. But! There is a device that helps slow this down considerably, called a sacrificial anode. This device is a zinc coating device that protects all the metal components from corrosion. Zinc corrodes much faster than any other metal and gives up its life so that your other metal can be protected. Each anode lasts about 3 years and should be replaced when it's halfway eroded.

For our DIYers, the anode will need to be connected to the pool bonding wire and grounded. We recommend that a professional licensed electrician do all bonding and grounding.

While the anode will protect the moving parts of your system, if you have any metal patio furniture next to the pool rinsing it off frequently and moving it further from the pool edge is recommended.

The second Con of a salt system is its expense upfront. The cost of installing a salt system can be much more expensive than a chlorine system, but many pool owners have seen their savings of chemicals season to season balance out the expensive start cost.

At Pool Rescue, we understand how much your pool means to you and your family. We believe that a well-kept pool area reflects the care and pride you put into it which is why we pride ourselves on creating crystal clear pools for our customers.

If you're interested in seeing how Pool Rescue can help you spend more time enjoying your crystal clear pool and less time worrying over it, consider contacting one of our team members by contacting us today.

We are Pool Rescue, the First Responder for Pool Service & Repair. 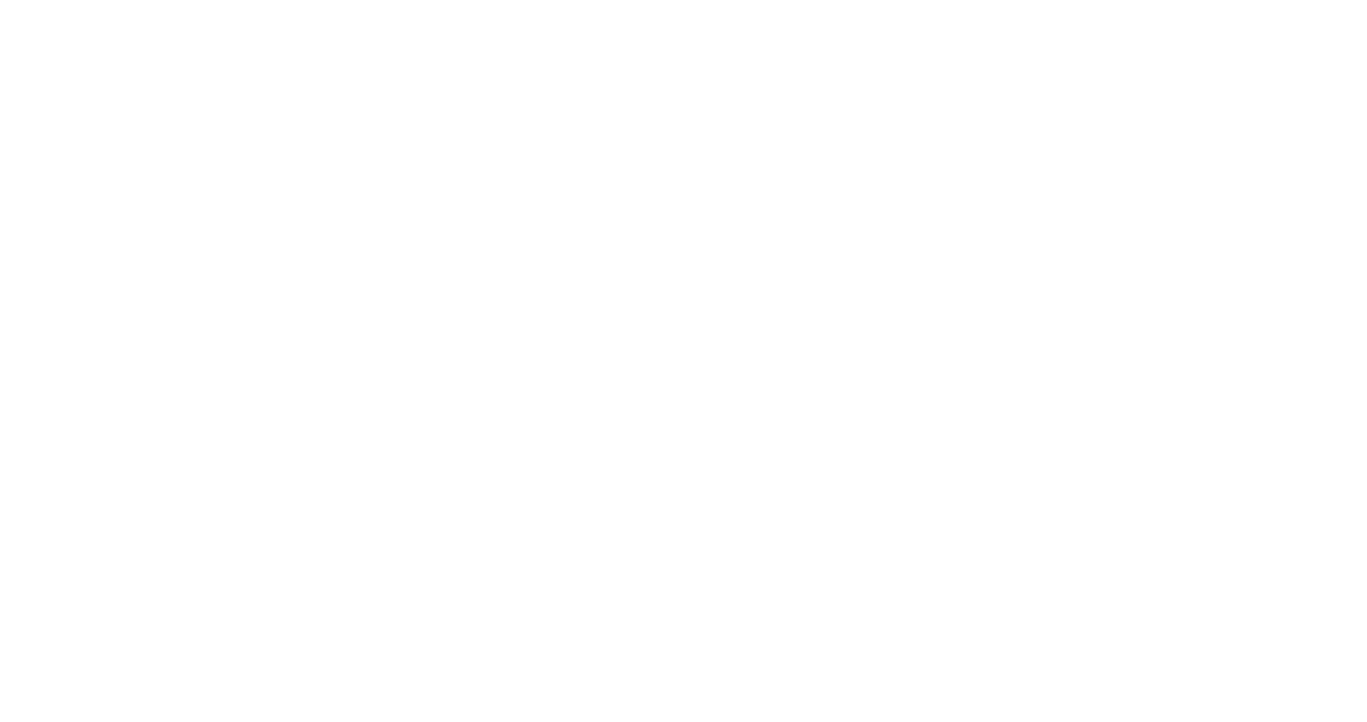